Many a big game has been lost, and many a performance has been ruined, before a single player even steps on the field. It’s called the car ride to the game!   As a coach I waged many a battle against the “statistics dad.” He was the guy who told the vanload of kids on the way to the game how their upcoming opponent scored 62 goals and only gave up 3, had not lost in two years, and how their smallest player was bigger than him and had already committed to Stanford at age 12.

Stats Dad soon realized that the kids in the van were no longer smiling but scared to death, so he closed with “Oh, but you guys will be fine, you can win.” And then he handed them off to me with a quick “Go get ’em, coach, these girls are ready!” Ready to what, puke?

Your kids take cues from you, plain and simple, and when you make it clear that this moment is so huge, so important, and so impossible a task, how do you think a 12-year-old is going to react?  Do you work well if you are told that if you mess up you are fired? Could you complete a task at work if you knew that your coworkers and boss were going to yell at you constantly and micromanage your work? If you have to talk before or during the game, then fill kids’ tanks with belief, with confidence, and talk them through ways they can be successful. Better yet, just leave them alone and let them figure it out. They might just surprise you.

Your kids hear what you say, but they are more likely to believe what they see. While being a fan and being a coach are quite different in many regards, one aspect where they are the same is in how players perceive your reactions to certain events during competition.  Next time you are at a youth sporting event, take a look at what players do after a big mistake, a strikeout, or a missed scoring opportunity. They often put their head down, then look at their coach, and then look for their parents. They are looking to see how mom and dad reacted to their error.

If mom and dad are sitting there, holding their heads in shame, faces buried in their hands, they are visually telling their child that what he has done is not good. They are reinforcing all the negative thoughts that are going through his own head in that moment. They are telling him that it is OK to dwell on his mistake because that is exactly what they are doing.  Ultimately, and most damaging, they are telling him that his value is tied to athletic performance. It is sad to hear many young athletes talk about “that look on my mom’s face when I didn’t do well.”

What if your daughter turned to you during the game and saw you clapping and mouthing “great effort” to her as she jogged by. What if she saw you smile, or wink, or give a thumbs-up, telling her it’s OK, to get on with it, to play the next play and forget about the last one. What if she saw you laughing and giggling before the big game instead of looking like you were shipping her off to war?

This simple little switch in your actions and reactions can play a huge role in your child’s love of the game and an even bigger role in her ability to perform in competition.  Coaches know there is no way to know if a player can make the game winning shot, or perform in the close game, unless they give her that chance. As a parent, I am often amazed at what my kids can accomplish if I just give them the opportunity to figure it out. It is crucially important that we convey this to our kids through our actions and reactions. 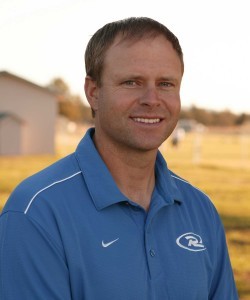 In my coaching I have always adhered to the famous Henry Ford quote: “Whether you think you can or think you can’t, you’re right.” Let’s make sure that when our kids look at us, they know that we believe in them, and that we think they can succeed!

John O’Sullivan is the author of “Changing the Game: The Parents Guide to Raising Happy, High-Performing Athletes and Giving Youth Sports Back to our Kids,” from which this was excerpted. His book is available on Kindle and paperback. John O’Sullivan’s blogs at changingthegameproject.com/)