Referees are taught that it is important to be close to play—usually about 15 yards away.

Although you want to be close to see the action, it is also very important to stay out of the way of the players, the moving ball and the passing lanes.

When referees are positioned too close to play or in the passing lanes they often end up getting hit by the ball, find themselves in the way of the players or cause players to have to reconsider an intended play.

Being too close and interfering with the path of the players or the ball leads to players becoming frustrated and can in turn undermine your game management.

Match to match, passing lanes will vary depending on the size of the field, the age and skill level of the players and weather/field conditions of the day. 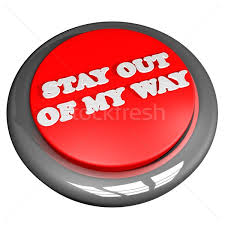 Staying out of the way is accomplished by learning to read the game and that can start during the pre-game warm-ups.  Are players practicing short little passes or long crosses from the wings?  Are some players practicing some fancy dribbling and footwork in front of the goal?  Do you hear discussions about the opposing team or some of its players?

With less experienced/skilled players and teams, reading the game and staying out of the way becomes more challenging and complicated and requires the referees to frequently be on the lookout for places to go to in the event they find themselves in the way of the ball or players.

As the match progresses and you read the game so that you have an idea of what the players plan to do, prepare your escape routes to prevent being in a player’s way, getting hit by the ball, interfering with a promising attack or even worse, preventing a goal.

During a match, regardless of where you find yourself on the field, make it a practice to take a position where you have a good angle of view of the actions of the players.  That, followed by proximity to play should be your first considerations.  Keep the players and ball at a comfortable distance and between you and your lead assistant.