Mariposa Soccer League, the newest League in CalNorth District 7, is off to an exciting start for its inaugural season. With nearly 300 players registered in their opening season, they range from 3 to 16 years old. The new non-profit kicked off its season with a Coach and Referee Training on August 20 & 21st, respectively, in Mariposa. 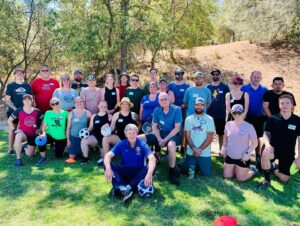 Koach Karl & Coach Mike made the trip to Mariposa’s Woodland Elementary School, where over 30 coaches spent a 3-hour session learning about the ‘9-Step Practice Structure.’ Most of the Coaches hadn’t played in a while or ever coached soccer before this session.

Koach Karl initiated the training by working with players of varying ages and designing training with a high-touch focus. Every player had a ball and moved through the warm-up nearly seamlessly. Simultaneously,

Coach Mike worked with the Coaches and talked about how to properly set the roles from the start – including showing up as the Coach prepared, looking the part, and having your pitch ready when your players arrive. 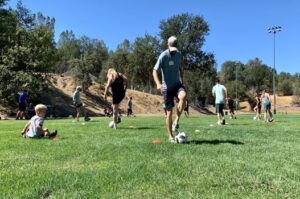 The session switched gears about 90 minutes in, where coaches were put into player positions and ran through the same training skills as players to be able to empathize with the players – including some (fun to witness) 1v1 small-sided games where the Coaches were exhausted after just one minute of play!

On August 21, Pat Ferre made the trip to Mariposa Elementary School and hosted an in-classroom Referee Training for 16 new referees. The training went through the basic Laws of the Game and some specific uses of referee gear. Mariposa Soccer League is paying referees $25 per game this year. 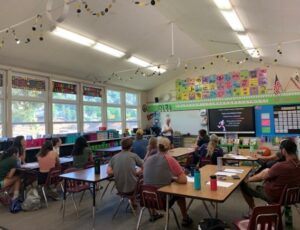 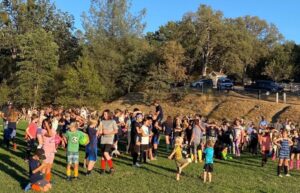 On Saturday, August 27, the League hosted a major Soccerfest to officially kick off the season, with over 6-700 community members in attendance! The Soccerfest included fun mini-games like target practicing, a juggling challenge, agility ladder races, and pick-up games. This event was also a ‘Meet and Greet’ for all players and coaches. The event had food, music, a local print shop on site printing League apparel, and an honoring of the incredible sponsors of the new League. 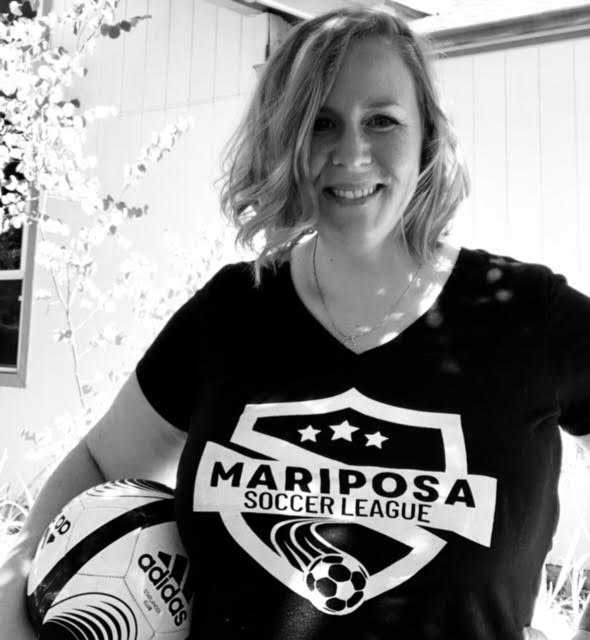