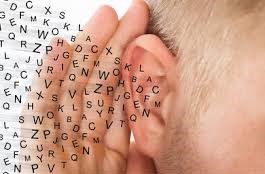 Listen, But Consider The Source.

While officiating, referees are intensely focused and involved in making decisions dealing with plays, player actions, and the enforcement of the Laws of the Game.  Simultaneously originating from players, coaches and fans, referees also find themselves bombarded by statements that may be distracting, useful, and sometimes plain unreasonable.

As statements/comments reach their ears, officials should develop an important skill to listen, quickly process them, keep what is relevant, overlook the rest, and move on.

During games, the information heard from fans is usually the loudest and most prejudicial.  When that type of information reaches an unacceptable level and starts to interfere with the game, confrontation with fans should be avoided.

The best way to deal with irresponsible or unacceptable fan behavior is to request management to deal with the issue. 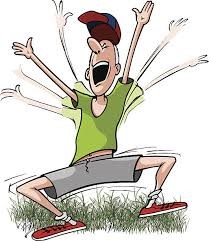 Most of the time, fans who reach a certain level of frustration will vocalize their discontent in a short outburst and be done.  Officials should process these outbursts quickly, determine their relevance, delete them and move on without allowing them to become an ongoing distraction from the task at hand.

Dealing with coaches and players requires a different mindset.  There should be more listening, processing of the information, and clear responses should be provided to have positive and successful communication.  Is the player or coach simply venting, or is there a legitimate reason for the complaint?  Does the player or coach show a pattern of persistent questioning or complaining about decisions?  Is the coach’s or player’s tone of voice and mannerism indicative of an honest question or concern?

After considering each situation, the referee must determine the best course of action.  In some cases, such as a request for a substitution, a simple thumbs-up may be enough to communicate that the message was received.  In cases of unprofessional conduct, officials are responsible for using their management skills and the Laws of the Game to address the individual.  Sometimes a brief statement or word will satisfy the need for an explanation or answer. 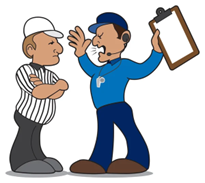 When the situation requires a discussion, the referee must first understand the nature and validity of the concern and be prepared to provide a legitimate and reliable explanation or suggest a solution that will help resolve the issue.

At times, officials who put themselves in the player’s shoes or coach before responding may discover another view of the current situation and formulate a more appropriate response.

Officials must decide what their limits are when dealing with short outbursts of discontent and unprofessional conduct.  Consistency in abiding by those limits will make an official’s job simpler as the temperature and stress of a competition increase.

Every game should start with a clean slate, and every decision should be pertinent to the current contest.  To be fair to all participants, officials should refrain from allowing situations encountered during previous matches to influence decisions made in future games.