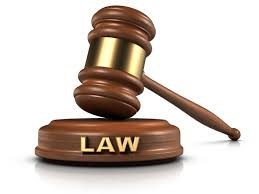 Is It OK For Officials to Ignore A Law?

While watching games, especially in the older age groups, it is not unusual to observe players wearing illegal hair control devices, jewelry, wristbands, and illegal undergarments.

When asked the reason for overlooking these, often obvious, breaches of the Laws, the officials’ responses range from “I did not see it!” to “Those are not important things, and dealing with them will create arguments with players, coaches and parents.”

Such responses make one wonder whether the officials are sending the message that they will enforce some Laws and not others.

How far will these officials go?  Are there times during a match when they will or should be allowed to decide whether to enforce a Law or not arbitrarily?

When questioned regarding Law 4, some officials find enforcing the dress code irrelevant and unnecessary.  But it is a Law, and should it not be enforced?

Under Powers and Duties, Law 5 specifically states that the Referee enforces the Laws of The Game.  If not Law 4, what other Laws should referees be allowed to ignore?

Would anyone accept the decision of an official awarding a goal when the scoring team has 12 players on the field?  What about allowing a throw-in 10 yards from where the ball left the field?  How about calling an obvious tripping foul by the defense one foot inside the penalty area instead of awarding a penalty kick, pointing outside the penalty area for a direct free kick?

Making a just and correct call, or a “non-call” for that matter, should not entertain the idea that the referee is penalizing one team to benefit the other, unless it contradicts the Law being broken. 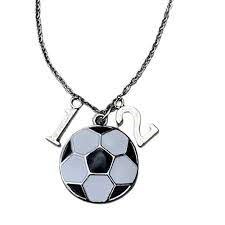 Some officials will argue that referees have the authority to call an offense or not if the team being fouled will benefit from a non-call.  That is known as the Advantage Clause, is listed in Law 5—Powers and Duties of the Referee and refers to offenses in Law 12 (Fouls and Misconduct) being committed against the opponent.  The offense can be temporarily cast aside as long as the offended team quickly benefits from the referee’s decision.  If not, the violation is penalized.

There is more to officiating than blowing the whistle and calling fouls.  Much of officiating has to do with game management. 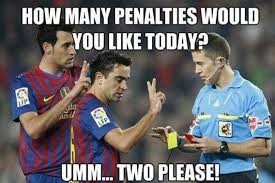 When officials are perceived as having less than adequate knowledge and enforcement of the Laws, game management begins to be affected.  It may start with simple questioning looks, comments, or body language and works its way up to dissent.  Credibility, trust, and game control then begin to deteriorate.

Setting the tone early in a match by adhering to the Laws of the Game will set the stage for a more trouble-free and enjoyable time for all involved.

An official’s job is to ensure each game is played fairly, safely, and according to the Laws of The Game.  It is not the job of any official to decide if a Law is worth enforcing or not.  Officials need to know the Laws and only use the authority of a “non-call” decision when and if the law being broken allows such a decision to be made.

Officials need to do the job they are being paid to do: