When It’s a One-sided Game Or a Blowout

There will be times in a referee’s career when he or she will be faced with a game that is very one-sided or is a blowout.

Whether a team is short players or one team has more skilled players than the other, the flow and score of a game can quickly become very lopsided and that can create problems for the officials assigned to that game.

Competitive games with lots of back and forth action, fans on the sides cheering, and close scores down to the last minutes of play are everyone’s idea of a good, enjoyable contest. Officials at those games are well focused on all aspects of that contest and probably enjoying the assignment.

The tough games are the one-sided games or blowouts. During those games officials may start to lose concentration, the pressure may be off, and the mind may wander. It is during those games that officials need to really focus on the following: player safety, self-improvement and mental toughness.

Player safety is an official’s number one responsibility. When involved in one of these games, some players may not be happy and will decide to take their frustration out on the other team. Unnecessary fouls, cheap shots, late tackles, retaliations, as well as verbal challenges may start to appear.
Officials who relax and overlook such things may allow the game to get out of hand.  All it may take is one word or one late tackle for a fight to break out and players getting injured. Be especially aware of these signs when the outcome of a game is predetermined. 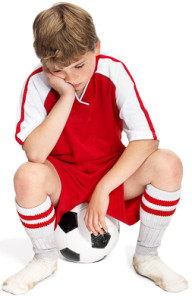 Player/game management during those games is a good opportunity to work on self-improvement. Officials can work on diffusing situations before they get out of hand, talk players through their frustrations, and manage players on both teams without having to resort to showing cards or dismissing players. These practiced skills will prove valuable in controlling future matches.

Mental toughness is about staying alert and on top of the game to the very last whistle. It is not wise to slow down or shut down during the last few minutes of a lopsided game, looking forward to the ride home or to the next assignment. Going into a relaxed officiating mode during the last minutes of a game can lead to a missed call and result in a potentially volatile conclusion to the match.

Editor’s Note: Please send your comments on this & other referee matters to: cysakarl@comcast.net 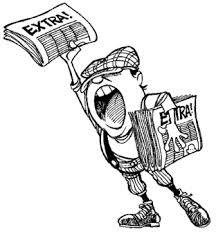 The 130th AGM of The IFAB took place on March 5, 2016. The AGM approved a comprehensive revision of the Laws of the Game.

These are the most extensive revision of the LOTG in 130 years.

These new changes may be implemented by your State Referee Association as early as June 1, 2016.