Is Specialization the Big Culprit? It’s Not So Simple By Mike Singleton

In recent years there has been a growing discussion on youth sport injuries which I applaud wholeheartedly as it is a part of all of our jobs in youth sport to make sure the safety of children is a primary focus. It is also our job to view the growing number of overuse injuries from all angles to determine all efforts that could be made to curb this growing trend.

I would like to ask what percent of children who participate in youth sports are specializing?
What is the frequency rate of activity in these children vs. those who do not specialize? Further, what types of physical education classes are these populations enjoying and how often do they receive physical education in comparison to previous generations? Lastly, I ask, have we controlled for the education and expertise of the coaches with which these children have participated in a specialized environment? Prescriptively I wonder what the correlative associations are between type of sport and rate of overuse injury. 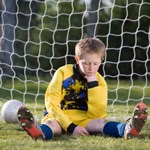 We cannot ignore that physical education classes have been cut in many schools across the country. Further, many of the same schools have cut recess time or banned physical interactive play during recess to protect against risk of injury. Suppose students are missing both gym class and 2 periods of recess per day. This amounts to between 1.5 and 2 hours of recreation time. If students only had gym class twice a week then we are looking at roughly 6.5 hours of recreation time/week that is not specialized. This is time in which children learn motor skills (physical education class) or craft schoolyard games in which they are moving freely, not doing drills, and are often developing muscles they do not use in practice. What role might this play in the increasing number of injuries?

Generations back we were allowed to go to the park on our own and play for hours every day in an unstructured environment. I recall playing stick ball, street hockey, football, basketball, soccer, tennis and even a game we called “relievio” that had us running, dodging, tagging and trying to catch each other for hours at a time. We did this every day and had at least one if not three hours of such free play. Over the course of the week this would typically account for another 7-10 hours of varied motor development.

Sadly, most would feel unsafe allowing their children do play similarly these days. What role does free unstructured playtime disappearing play in the proliferation of overuse injuries?

We hear stories, every once in a while, of an extremely accomplished and educated coach working with the U-6 or U-8 or U-10 players at a club. When the coach or club is asked why he or she is doing this, as many are shocked that such a talented coach would work with such young players, the most often heard response is that the coach or club wholeheartedly believe in creating a solid foundational base for players. Such skilled coaches have taken coaching license courses, likely the U.S. Youth Soccer National Youth License, and demonstrate a large understanding of child motor development, body mechanics — the developmental maturation process. With such an educated coach at the helm, players are not repeating the same motions over and over again at the neglect of others.

Children are taught body mechanics and coordination as these are crucial pieces to player development and physical maturation. However, more often, the youngest players are not coached by the most educated coaches. Some of these coaches do a wonderful job, but others simply do not know what they are not doing that may contribute to problems down the line. Some may feel not teaching these skills to 7- and 8 year-olds is not important, but if they are not taught how to move properly they will be more likely to incur an injury in a few years.

If we consider what occurs in other countries, knowing many children are playing soccer day in and day out, have there been similar overuse injuries rate spikes? If not, why not?
Part of it may have to with many countries’ national soccer body having a focus of physical well-being for life as part of their mission. I am not saying ours should as our school system and culture used to take care of this (the lower level soccer coaching classes do include a great deal of such education already), but with physical education classes being cut, recess time going away, and children rarely being free to go down to the park on their own for free-structured play … where is this education coming from in this country?

Are all sports now taking on the responsibility of movement education for younger players? If so, how are they accomplishing this? Through what routes are coaches being educated and parents being informed of prescriptive measures?

It seems there are many issues that may play a role in the amount of overuse injuries. I urge folks to stop myopically focusing on pointing a finger at specialization as the sole cause.
Look at all the factors that may being causing this phenomenon. What is occurring in these specialized environments that is contributing to the injuries and how could these environments be altered to avoid contributing to injuries? Education.

The cry to simply “not specialize” is not a fix in itself and specializing is the not the sole contributor. What must happen in physical education classes and how often should children be offered such classes? What should be allowed in recess? What motor skills should be taught at what ages … and how? Education is the route to help protect children from these injuries and it would be wonderful to hear more people talking prescriptively about this issue than accusatorily.
Mike Singleton is the head men’s soccer at Washington & Lee University as well as an Associate Professor teaching Sport Psychology.