I have been blessed to have some incredible mentors and the opportunity to be a Coaching Instructor for US Soccer.

There are two things I include in every coaching course I teach. One is from not only a mentor but a true friend, Karl Dewazien.

I like to close a course by sharing Karl’s motto, ““The Outcome of Our Children Is Infinitely More Important… Than the Outcome of any Game That They Will Ever Play!”

Karl has tweaked this motto numerous times, including at the start of the COVID pandemic.  “The Outcome of Our Health is Infinitely More Important…

Then the Outcome of any Game/Practice That We Need to Cancel!”

I also like to share the following story from Jeff Janssen’s book – The Seven Secrets of Successful Coaches,” titled “The Coach’s Funeral.”

“Some years ago, a local high school coach passed away after a long and illustrious career. His teams had won twelve conference championships and three state championships. He retired as the state’s all-time winningest coach. Upon hearing the news of his death, the vast majority of former players, both young and old, came from near and far to attend their coach’s funeral. So many of the coach’s past players were there that a line stretched halfway around the funeral parlor. 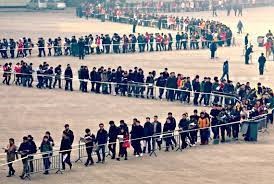 A local townswoman, noticing the long line of former players, turned to one of them and said, “Wow, your coach must have really been a special person. Just look at all of the guys who have come from all over to pay their last respects. This really must be a sad and terrible day. I feel so sorry for you all.”

The man turned to the woman and said rather sheepishly, “Actually, ma’am, even though Coach might have won a lot of games, he was one of the biggest jerks most of us have ever known. He screamed at us, humiliated us, and tortured the heck out of us. The real reason we all came back to town is to make sure that sucker is really dead!”

I find that this expresses the exact opposite message found in the story “The Essence of Coaching/Teaching,” published earlier.

For almost 20 years, I have asked the coaching candidates, “How do you want to be remembered as a coach?  As a coach (and as an instructor), I am always looking for ways to improve; and now I will be sharing both stories moving forward, but will from now on ask,

“Which Teacher/Coach do you want to be? 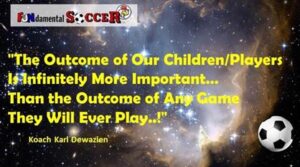