One of the Best Has Left us 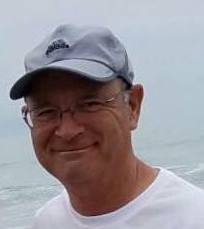 I met Brian Coulter thru soccer. We have known each other for many years. During that time he coached with me and I coached with him. We also played for and against each other.

We coached youth teams, high school teams, premier league, State ODP and Regional ODP teams. He was the kind of coach and person that inspired players to exceed their expectations.

Brian mostly coached on the Ladies side. He was a role model that any parent would be proud to have their child associated with. His compassion for the game showed in his players at all levels he coached at.

Brian was well known as one of the outstanding Goal Keeping coaches. I would not hesitate to put him alongside any goal keeper coach in the US and that includes the late Tony DiCicco. His training turned out many “All League”, State and Regional keepers and even some that made the national pool.

He was one of those coaches that could not only teach but he could demonstrate. His keeping was legendary and a player could see what was required to prevent goals because Brian could demonstrate it.

Sometimes he would even demonstrate what you should not do.

We were coaching a State U-18 girls ODP team a few years ago. The theme of the practice was finishing on goal. Brian was demonstrating a technique called Power Shooting perfected by Roby Stahl. The technique requires a player to put the force of their whole body thru the ball when they strike it. Brian planted his non kicking foot as he approached the ball on some wet grass. Brian liked to coach in ‘flats’ or soccer boots with no studs. As he planted his foot he had so much momentum of his shooting leg that his planting foot slipped on the wet grass and Brian ended up looking up at the sky while lying on his back. After a great round of applause, he got up, brushed himself off and answered questions as to if he could demonstrate that method again.

For many years later when he would run into one of those players from that team, they would ask him if he had perfected that shot yet.

Brian also worked for my company. He was an outstanding as an employee as he was a coach. I was able to observe what a deliberating disease ALS is and how fast it can disable a healthy person.

I got to keep contact with Brian over these past two years from the time he was diagnosed to just the other day we were discussing the men’s national team and Portugal game. Over all that time I never saw Brian other that what he always was. A positive and gracious person. He did not let the disease concur him even though he knew his time was limited.

He truly is a role model for all of us to follow.

In Memory of Brian Francis Coulter