Avery Krut has decided to stop volunteering with the Beverly Hills American Youth Soccer Association after he became frustrated by parents’ behavior from the sidelines.

In a letter released through The Ankler website, he called them “entitled” and said the way they acted was “damaging to children”. 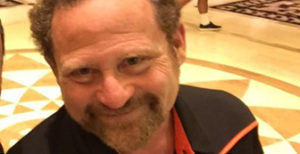 The 57-year-old, who has been a volunteer with the American Youth Soccer Association (AYSO) for about 15 years, said in his email: “This will be my last year as your referee administrator and I will no longer be the game scheduler.

“And there’s a reason, I have come to despise so many of you and I hold so many of you in contempt.  Your behavior on the sidelines has, for far too long, been disrespectful and you are damaging the children. You have said nasty things to and about too many referees and it must come to an end.”

“I can no longer be involved with so many people who feel so entitled. People threatening to write up a referee because he was wearing a protective boot was the last straw. The behaviour on the sidelines has been despicable too often.”

“Impulse control is incredibly hard, particularly when it involves our children … please let the coaches coach, the referees referee and the players play.” Most parents were wonderful people but Krut said he needed to “depart the land of entitlement” because of the obnoxious minority. “You may not like my tone but everything I have written is the truth.”

Mr. Krut told The Guardian that he did not regret the email, and said some of the emails he’d received praising him were actually from people he said were part of the problem.

He said: “The idea that parents have the right to yell at referees, what kind of message are they sending their kids?

“You’re taking the fun and joy out of it because you think your kid is going to be Lionel Messi.”

He concluded by saying he was “done” and called it their loss.