COACHES – HALFTIME & THE OUTCOME OF MATCHES

Halftime during a match (5 to 10 minutes depending on the League or tournament) can be an important time for a coach to handle their team. Depending on the outcome of the 1st half, the coach can definitely ‘affect’ their team going into the 2nd half of the match.

There are many variables: team performance, opponent’s performance, player fitness or injuries (if any), parental involvement with players (yes, that’s a thing…), and other items too long to list for a relatively ‘short’ period of time. However, this is a critical time for you, coach! 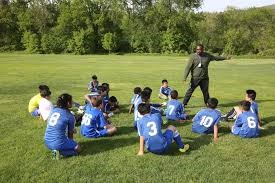 I have watched coaches give great talks to their teams to ‘inspire’ to play better in a 2nd half (regardless of the score at that time). I have seen coaches ‘keep’ their players together as a team, so their parents can’t ‘coach’ their kids about their performance. Besides, their ‘coaching’ tends to be more critical of their kid or their coach. In either case, it’s better to keep the players together and focus as a team. I think these situations are suitable for coaches to be aware of and consider if they don’t make this practice a habit already.

There are a couple of things that I would recommend that coaches do not do! Usually, this type of situation occurs if there is a ‘lopsided’ score; coaches whose team is behind tend to make adjustments on the field that give the perception that we are playing ‘not to lose.’ Some examples of this are adding additional defenders (5 or 6 instead of their usual 3 or 4) and taking away their team’s ability to attack when they possess the ball.

I have seen this occur many times, and I could tell by those ‘adjustments’ if they practiced them. Fundamentally, as coaches, we should be aware that players (kids) do not make proper adjustments to concepts that have not been practiced and discussed.  Avoid ‘Over Coaching’ during halftime.

Finally, one of the biggest things a coach can do for their team is to ‘inspire’ their team to perform to the best of their ability. They do this by convincing their players to ‘win this half.’ The goal I set with my previous teams was to ‘win each half’ of the match. If we didn’t win the first half –then- move on to ‘win the 2nd half’.

To me, the outcome of the match was of little consequence. I wanted my teams to finish matches stronger than the way they played in the beginning of the match. I would tell my players to learn things about their opponents during the 1st half to succeed against them in the 2nd half. Most times, they were successful, which is more important to me than the match’s outcome. 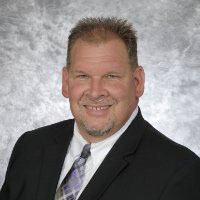