Zero Tolerance is The Law

Times have changed and referees have to deal with the use of language in a soccer game.

A red card must be issued for the use of “offensive, insulting or abusive” language.

Calling a referee “blind” used to be abusive but not a foul.  Today it is considered insulting and offensive and can result in a red card.

Warning:  Many players sent off for language blame the referee for not warning them first.

They need no warning—Zero Tolerance is The Law….Click here for more.

Giving a yellow card to a player and writing on the report that it was for language.  That would be a technical misapplication of the law.

There may be times when a player utters a quiet swear word and a talk from the official will be enough.  However, if the entire field hears the word, the red card may be in order.

An indirect, unnecessary and unacceptable remark, but not personally directed, may get a yellow card for unsporting behavior.   But it must not be ignored.

Each official has personal limits regarding offensive, insulting and abusive language.  However, an official too liberal in the handling of language in the initial stages of a match may have a hard sell later in the contest.

Nobody expects referees to send off every player for every swear word but a firm warning by the official is expected.

Referees must uphold realistic expectations in keeping with the spirit of the game.

The Laws state that a player using offensive, insulting or abusive language shall be sent off the field.

Punish language the way the law intends for it to be punished.

The Laws do not stipulate the circumstances.  It is the referee’s job to use good judgment.

“The referee should judge offensive, insulting or abusive language according to its context (specific words or actions used), the extent to which the language can be heard by others beyond the immediate vicinity of the player and whether the language is directed at officials, opponents or teammates.” 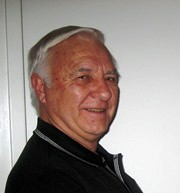