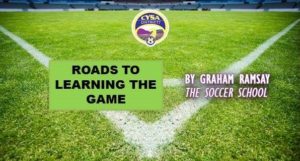 Between a poor World Cup & the infamous virus we are given chances to take stock & learn from our mistakes & errors.  To just revamp many of the past experiences is asking to repeat the errors of the past.  At every level we need clubs, schools & associations to rethink its role & purpose.

This is especially so at ‘Grassroots Levels” as everything feeds from there.  In truth we have done an average to poor job of educating our youngsters to learn the game.  The game has moved in, but we are still coaching & playing as though it is 1990.  The world has moved on, but we are stuck in a bygone age.  It’s time to get our learning caps on again.

The drop-out rate of teenagers is too high and must be a concern.  Too many players want out by their mid-teens and prefer a skateboard to a soccer ball.  That should tell us that we need to reassess how we offer they game to youngsters & get them more involved in their team & club.  They need to be more involved in running their own team & club.  Children are great learners if given the opportunity.  Give them the “Skin of the Game.”  Learning to help organize their team & have input into running the team.  At present adults dominate the team environment, and so youngsters often accept all gifts readily and have less connection with the team they play on.  So with no to little connection with their team means less loyalty.  Sadly many teenagers want out after 3 or 4 years of baby-sitting and want out & freedom. 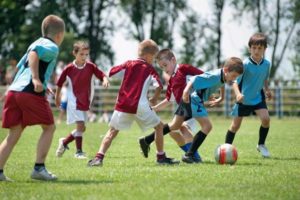 Parents can definitely help with educational guidance but let youngsters learn to control their team.  All over the planet, it’s the norm whereby youngsters run their own teams.  Such teams and players tend to stay the course for the longer term & it creates talent.  If you look at our soccer landscape, we have no leaders.  To become a ‘Real Player’ they have to go to Europe & this tells you how poor our ‘Roots’ are.  We should have the best soccer educational system going but between US Soccer, State Associations, Leagues & Local Clubs we have lost our way.  Think of it, we have had soccer a key sport for over 50 years & yet to produce a world class player.  We need to sit down & reassess our game seriously.  To stay on the same road means more drop-outs & talent waste.

The virus can be a blessing as it’s offering us time to reassess life as well as our soccer world future.  Like our non-active political leadership is seems to have seeped down to our soccer roots & hopefully, we are smarter than that!