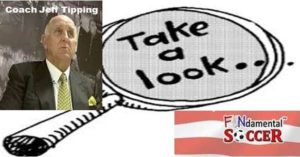 The use of the upper body to retain possession of the ball… Moving into opponents prior to receiving the ball……or…as Anson Dorrance (UNC Chapel Hill Head Women’s Coach – 1991 USA Women’s World Cup winning coach) would say, “Controlling the opponent before controlling the ball.” When two players are going for the ball the player who cuts off the other player “first” will win the ball. This will require players to step across and “into” the immediate opponent and blocking out the opponent…dare I say, something I have seen basketball players do on free throws. Blocking out players can only be done within a couple of paces of the ball, otherwise it would be obstruction. This important technique is called “shielding”. One of Anson’s legacies as the USA Women’s national team coach is that the best American women have mastered this skill….and the USA are number 1 in the world’s women’s game. 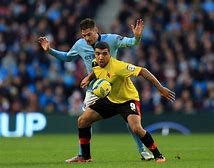 Read more about: Receiving; Scanning; and Driving the Ball…