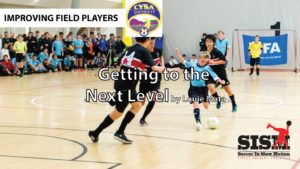 If you were following SISM you might have seen us at Avaya Stadium this month for the 2019 Women’s NCAA Championship between North Carolina and Stanford. It was an incredible match with some very talented women! If you missed it here is the recap in 30 seconds! It was 0-0 in regulation time, then 0-0 throughout the sudden death overtime period, and then it went to 7 rounds of penalty kicks before Stanford came out victorious! It was an incredible run by two powerhouse schools!

So how does one get to this this level? Work on your technical skills. Young Jaedyn Shaw from Dallas has represented SISM at various events such as major tournaments and top international matches held in the US and for sponsors such as McDonald’s, Moneygram, and more. Her incredible ball control skills have taken her to the top. At the age of 15, Jaedyn has traveled to Paris to train with Paris Saint Germain, she was called up to join the U17 girls national team camp, and did we mention North Carolina? Yes, in March she officially announced her commitment to play with North Carolina’s Tarheels when it’s time! 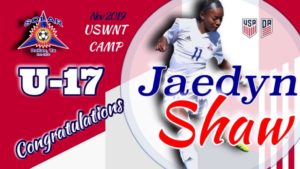 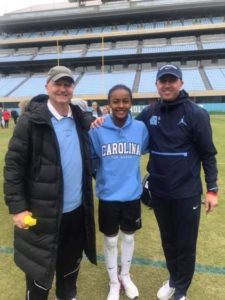