Happy New Year D-7 Soccer Community!  With the beginning of the New Year, we have an opportunity to begin taking steps in improving our D-7 soccer environment.

As I stood watching a match between Carlisle United and Bradford City, I listened to the excited fans and their comments (which were mostly encouraging and cheers), rewarding everyone’s good offensive or defensive move.  Yet, there were times when the fans became rude and yelled mean and ugly words at the players. At the end of the game, a player hit a low corner to the near post rather than a high corner to the far post. The crowd became very upset at the “poor” cross. They were extremely vocal and you could see the player become visibly upset by the abusive remarks. 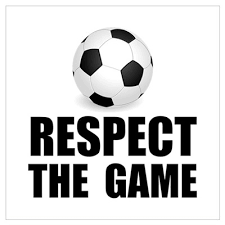 If mean/ugly words can upset professional adult players, imagine what we do when we yell at our youth players?

Abuse needs to stop!  Let’s make our resolution for 2020 ‘The Year of Respect.’  We can begin by respecting everyone in D-7 including:  Players, Coaches, Referees, League officials and opposing spectators.