Just because “popular beliefs” sometimes drive officials to not do something or not make calls according to the Laws of the Game does not prove that the official is doing a correct and fair job.

Those who selectively make certain calls and overlook others may be doing it to be popular and show little or no interest in doing what is right and fair.

What this shows is that one official has found the courage to do what is right, expected and fair while another may have lost the courage or never had it to begin with. 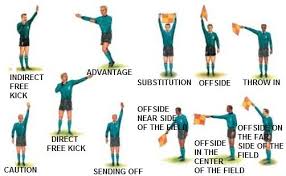 Some or all the ideas presented are often demonstrated during matches and do work when a referee has found the courage to protect and enforce the spirit and the letter of the Laws and is not afraid to make the sometime unpopular decisions.