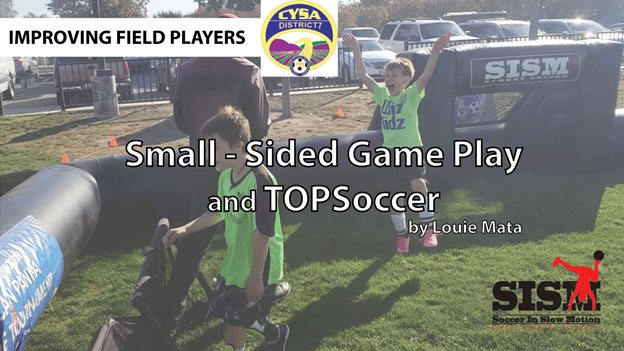 More touches on the ball provides more opportunities to learn and improve! This month we had the privilege of joining TOPSoccer in Tracy, CA for their annual tournament for young players with disabilities. We made some great friends and with it being Halloween we brought out a special friend of ours, Spiderman!

The young players had the chance to play on the field for their tournament as well as in the SISM arenas and a key observation was the number of touches the players had on the ball inside the arena. Players came in and played 1v1, 2v2, and 3v3 and plenty of celebrations were had as they scored many goals.

Check out the differences in game play inside and outside the arena in this fun highlight video. In the arena players have more opportunities to score and experience the chance to celebrate their successes more often. We love seeing the smiles after every goal!

We look forward to exploring additional opportunities to make an impact in the community with our team and the exciting SISM arenas for small-sided game play!

Louie and the SISM team