Good sportsmanship is one of the most important values that coaches at all levels can instill in their players.  Is it on your to-do list this season?

“It’s your team, these are your players, and it’s your opportunity to teach your lessons and your values,” Baltimore Ravens coach John Harbaugh told the National Alliance for Youth Sports (NAYS). “You’re not beholden to what they see on TV. Find the good stuff and throw away the bad stuff. Make sure they understand that being a good teammate and being a good sportsman is as important as anything you do in life. And down the road when they are competing for a job or competing for a sale they will understand how important that is.” 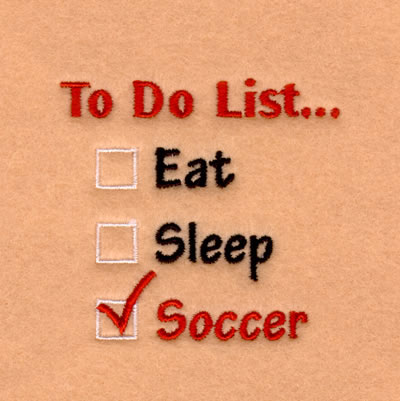 Keep these tips in mind to help your young athletes embrace – and model – good sportsmanship at all times:

Talk up the importance of being a good sport during practice: During the warm-up period of your practices is a great time to casually discuss recent games they have watched on television and both the good and bad displays of sportsmanship they saw. It’s a great opportunity to talk about what athletes did both right and wrong in these instances. Ask the players what they thought of these actions and what they would have done differently in the same situation.

Set a positive tone on Game Day: Before you tackle all of your pre-game responsibilities make sure heading over to shake hands with the opposing coach is at the top of your to-do list. All the players, fans and opposing coaches will notice your gesture of sportsmanship, and it’ll send a positive reminder that the game is for the kids.

Be calm and composed: That means no yelling at officials or arguing calls that you’re sure should have gone your team’s way. Your players take their cues from you, so if you rant and rave at officials, then expecting your players to show respect toward the refs is hardly realistic. “Understand one thing, the kids are really smart and they don’t miss anything,” Chicago Cubs manager Joe Maddon, said “They will notice your good body language, your bad body language and your minor angry moment that you thought had maybe been  overlooked that just may impact them way more than you ever thought it would.”

Recognize your good sports: During your post-game talk be sure to spend time highlighting and congratulating those players who displayed good sportsmanship. Maybe one of your players went out of his way after the game to congratulate an opposing player who made a great interception or a running back who had a really good game. Continually recognizing these displays reinforces that how players behave during and after games really is important.