If you’re a coach/parent to a goalkeeper then you probably already know the rough hand that keepers sometimes get dealt. Unfortunately it’s just part and parcel of being the keeper on a team.

It’s not always easy to know how best to help your keeper out when they are feeling at their lowest so here is the 1st-tip that I’ve learned in the past.

It’s natural for your first thought to be to rush in and try to reassure your keeper and start making suggestions about how they can improve and the like. However, sometimes the best thing you can do is start by just listening to them. 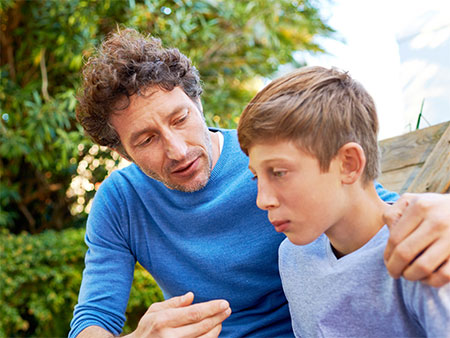 They want to feel like they’ve been heard, same as any of us when we suffer a disappointment. I’m not saying that you have to agree with what they are saying, in fact you can disagree. But there is a point where you have to let them work it out for themselves.  That the bad things they are feeling about themselves aren’t necessarily true – i.e. “I’m a terrible keeper” or “I shouldn’t be on the team”

This is what will help your keeper become a stronger person, able to deal with the inevitable disappointments that will happen throughout their life, whether it has anything to do with being a goalkeeper or not.

Control your own emotions

When you’re watching your keeper, play a game in which they end up feeling bad about themselves or disappointed in their performance – it’s normal to feel a building up of your own emotions. You have a natural instinct to protect your keeper and maybe a need to lash out, but you need to learn to control your emotions; especially when you’re in earshot of them.

Avoid venting in public.  Complaining or blaming the other players on the pitch does not serve any purpose. Not only do you look like a sore loser, but you may also embarrass your keeper, which may only serve to make them feel worse.