Being the youngest of three I was thrust into the Ramirez family soccer world.  I couldn’t escape it.  Soccer was always on the TV at home.  “But Gabriel?  What if you weren’t at home?”  Games.  My brother’s games.  My sister’s games.  My dad’s games.  If my dad wasn’t playing Sunday league, he was coaching the Fresno Pacific University men’s soccer team.  FPU was my second home, 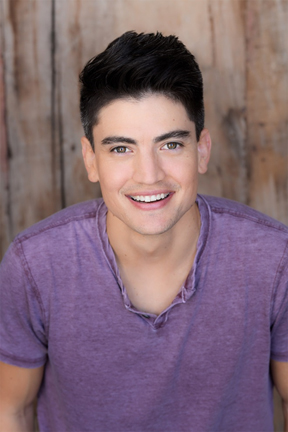 the men’s team my second family.  When my dad helped form the FPU women’s team in 1998 that family grew even bigger.  I was always at FPU training sessions and went to almost every game.  Even my mom got into coaching for a while!  She didn’t know anything about soccer before meeting my dad.  It was contagious.

My passion for the game was fueled on the fields of Southeast Fresno.  I joined my first team—The Ayer Elementary Bears—when I was five years old.  When I was nine I joined Roosevelt Revolution and spent most of my club career there.  After graduating from Roosevelt High School I went on to play at Fresno Pacific University.  Between practices and games you could often find me striking the ball in the FPU racquet ball courts, juggling in my backyard, or kicking around with my friends anywhere we could.  Simply put…I played a lot.  Soccer, to this day, is what I know best.

In order to have booked my acting jobs which included a national commercial for Sprint with David Beckham; I needed the fundamental skills expected of a soccer player.