By PAUL KEEGAN and KATE SANTICHEN

LIKE MOST PARENTS, Steve and Siobhan Jones of Folsom, Calif., will do just about anything to support their children’s passions. But the Joneses are the parents of four talented, soccer-crazed boys, which means that life can get a little bonkers. 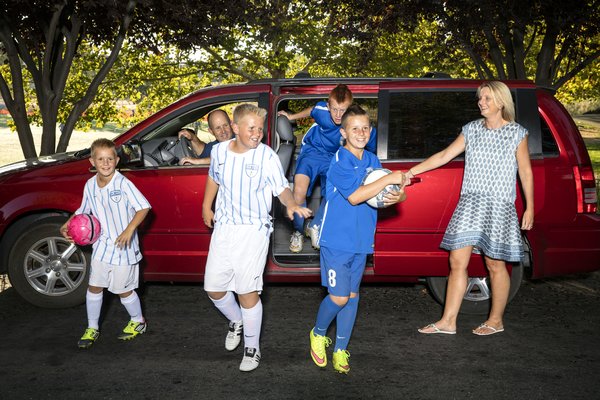 STEVE AND SIOBHAN knew soccer was expensive, but they had never actually added up the numbers. At MONEY’s request, they dug out their receipts and made some sobering discoveries. They were fully aware of only about half of their out-of-pocket costs—the San Juan Soccer Club’s $8,100-per-year team-membership fees that show up on their bank statements ($675 a month) and the club’s $100-per-child annual tournament fees.

The rest surprised them…“It’s much more than I thought,” says Steve. “It’s the smaller stuff that goes out in dribs and drabs that really adds up.” Adds up indeed. Once they’ve crunched the numbers, the Joneses realize that 17% of their after-tax income goes to soccer.  Click here to get all-the-details!