At one point during a game, the coach called one of his players aside And asked, “Do you understand what co-operation is? What a team is?” 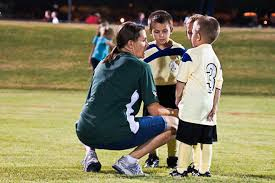 Do you understand that what matters is whether we win or lose together as a team?”

The little boy nodded in the affirmative.

“So,” the coach continued, “I’m sure you know, when an out is called, you shouldn’t argue, curse, attack the umpire, or call him an a#$#&@%!. Do you understand all that?”

Again, the little boy nodded in the affirmative.

The coach continued, “And when I take you out of the game so that another boy gets a chance to play, it’s not a dumb decision or that the coach is an idiot, is it?”

“Good”, said the coach. “Now go over there and explain all that to your grandmother.