Referees could avoid some criticism by showing more pride and professionalism in their work.

In any game and at any level you will hear referees being criticized.  Sometimes a little, sometimes a lot, but it is a constant happening.  The reason for this criticism almost always comes from two basic areas.

The first is due to their application of the Laws of The Game.  Many of the referees’ decisions are based on differing judgmental decisions regarding something that happened during the match.  Much of the dissatisfaction is based on the desire of players, coaches and spectators to win the match, sometimes by any means, and for that reason such criticism can often be dismissed as irrelevant to the real performance of the referee.

All referees have the duty to constantly stay up-to-date with changes in the Laws of The Game and their interpretations.  Refereeing is one job that requires on-going education and training.

Referees are also criticized for a lack of professionalism.   Unfortunately, there are referees who, by their own actions and decisions, give all officials a bad name and blur the perception of referees and refereeing.

Professionalism is an individual’s image, presentation and behavior that indicate that the referee has respect for the game and the job he or she is doing.  Too often this impression is undermined by little things that some referees think are not important or they think are unimportant.

Click here to read the rest of the little, but important, things you can do to change this image. 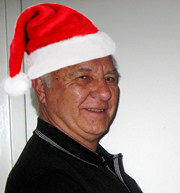