The coach has done it again. Starting at striker is a child who is slower than America Online (all parents should be old enough to remember those days!), completely clueless about the tactical niceties of their position, and to whom “airhead” would have to be considered a compliment. You see the opposing team laughing and pointing. You groan in what you think is a quiet voice “How can he even keep that dolt on the team”. Your feet leave the ground as you discover that the hulking behemoth behind you is their uncle whom you had never met. 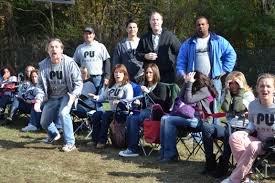 You can generally take as a given that the players are trying as hard as they can with differing amounts of skill. Desirable as a “skillectomy” might be, the ability to trap a line drive and drop it on the shooting foot cannot be grafted on or surgically attached. Secondly, players are quite aware when they have made a bonehead play. You will rarely hear a player shout “Thanks guys, I didn’t realize that whiffing was a bad thing!” Thirdly, even at the U-18 level these are still our kids – not professionals – and even the pros make mistakes. The pros are paid to be able to take criticism as aimed at their play rather than themselves as persons. Your children aren’t.