At the beginning of Spring League; the District staff had a ‘Coaches Meetings’ to go over some very important topics that have been ‘hot button topics’ of controversies over the past few years of District Playing League. We had a brief discussion of a couple of them, but the District staff made one important thing very clear….Coaches needed to develop a plan for more than just a ‘practice session’ or a match.

Each coach who attended those meetings was given a copy of the District Playing League’s Rules. The Rules were also put on the District website (Specific web page http://cysadistrict7.org/?page_id=754 ). It was impressed upon those in attendance…know these specific Playing Rules. 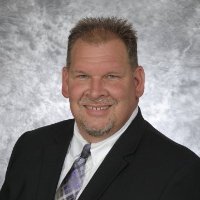 TEAM INACTIONS examples are (IE. Failure to appear, forfeits, and improper lack of communication or adherence to the correct process)

Coaches need to make absolutely clear to their team (parents and all) that they may get sanctioned (fined) based on… Read more!